We’ve all been in a position where there’s something we want to know from our interviewer, but we don’t know if it’s a good question, if it’s going to unnerve them, or if it’s going to make us look bad. But the hard questions are often the important ones. Just like you wouldn’t jump into marriage without discussing things like children, finances, and roles beforehand (at least, I hope you wouldn’t), you shouldn’t sign an employment contract without discussing your big issues up front.

So let’s talk about some hard questions, whether you should ask, and how to handle the situation if the interviewer gets weird. It’s always best to be prepared when it comes to hard questions in interviews. 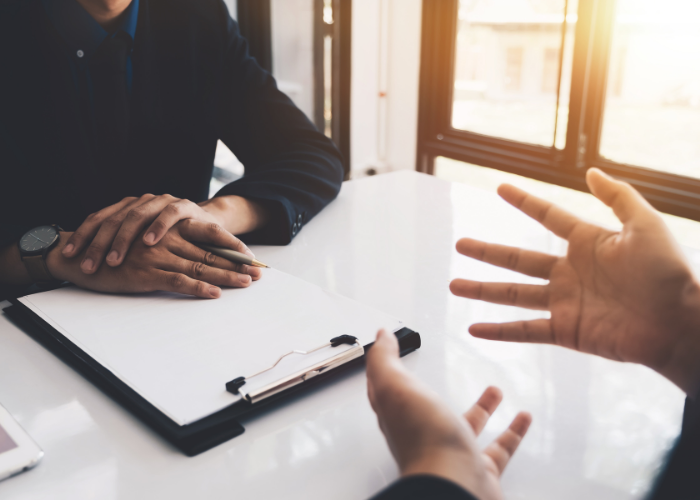 “Do you do drug testing?”

You should ask about drug testing if you meet the following criteria:

If you’re thinking to yourself, “Man, asking about drug testing seems like it would throw a big red flag,” you’re not wrong. We haven’t yet reached a place in this society where most interviewers would consider this an innocuous question. Many if not most will consider it a red flag. They’re going to think you do drugs. They’re not going to think, “Oh, this person is morally opposed to drug testing” or “This person doesn’t have transportation to the testing facility.” So this question, even today, is still risky, which is why I only recommend asking if your answer is a definite “Forget it” if their answer is “Yes.”

How to phrase it: 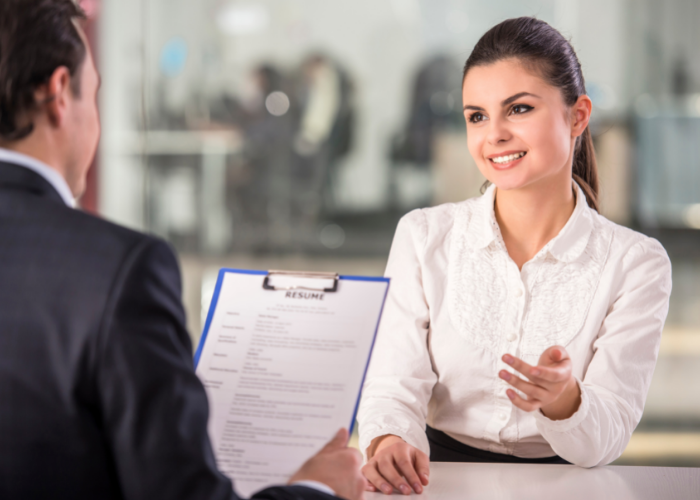 “For leadership positions, do you typically promote from within or hire outside the company?”

You should ask this question if:

For example, if he responds with, “I don’t know,” he’s probably lying. Point blank. It’s up to you to decide what to do with that information, but it’s useful to know.

If they tell you that they usually hire within, there are great follow-up questions to ask, such as “What is the career path for this position?” and “Is there mentorship or training available for new managers?” But if the answer is something like, “We typically hire directors and higher outside the company because we usually look for subject matter expert,” that’s probably not a dealbreaker for you. You can follow up with questions like, “What would you suggest a person who wants to be promoted into leadership from this role do to increase her chances of rising through the ranks?” 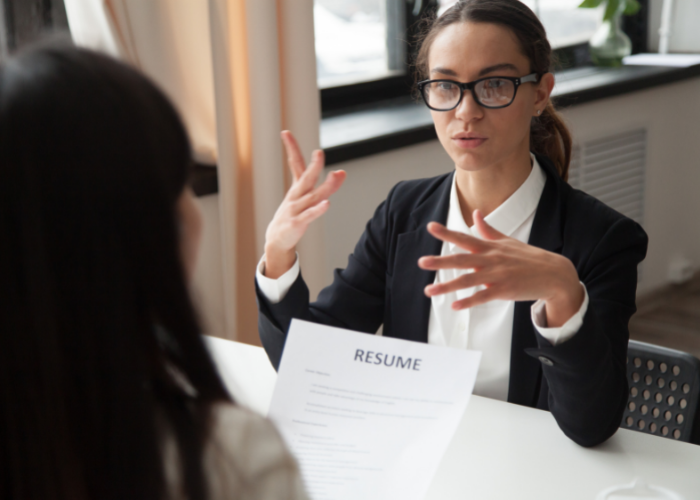 “I noticed you don’t have great reviews on Glassdoor. What is the source of the unhappiness I’m seeing and reading about online?”

Interviewers probably won’t love this question. And truthfully, if your interviewer is more junior or part of a large organization, they may not even know. But it’s your duty to ask. If people are bad mouthing this company and taking the time to express how much they disliked working there, it’s often a good idea to find out why. You may get an honest, “Well, we have a few bad quarters, and as a result, we had to lay off more people than we wanted.” Or, “We grew really fast and promoted some people to leadership who probably weren’t ready to be leaders.” These are good, honest answers.

But if you get back something like, “Well, you know, people just like to vent when they’ve been fired,” that’s a terrible answer (even if it’s true.) Your interviewer owes it to you to be at least a little vulnerable about the reality behind the job posting. No job is perfect. There are always reasons that employees are unhappy. Not enough hours. Too many hours. The manager plays favorites. The pay isn’t competitive. You need to find out if the gripes are something you can deal with or if they’ll keep you up at night wondering why you took the job.

Don’t be afraid to ask the hard questions during your interview. And yes, it can be difficult when you really need a job. Only you can decide how far to take your questioning and what tradeoffs you might have to make. But it’s a good idea to know up front that the guy you’re dating doesn’t want kids if you want six. Find out soon before you build big plans that come toppling painfully down later. 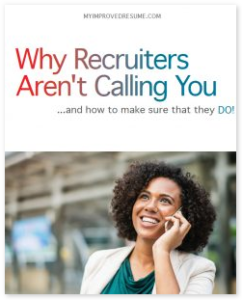